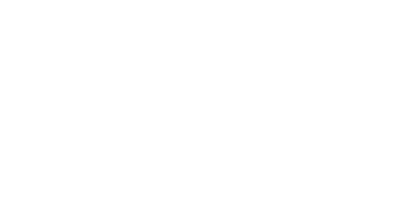 Assess over 60 visual biofeedback markers which give insight into your physiology. Over a decade in refinement, this form brings elements of traditional medicinal practices into the modern day world.

In Maslow’s Hierarchy of Needs, relationships fall just after safety and security, making them a pivotal element for a complete and nurturing way of living. Relationships can manipulate your life choices, influence motivation along with either fulfilling emotions or burdening your mind with ambiguity, heartbreak, resentment or anger. As hormones can affect emotions, emotions and conscious thought programmes can also manipulate physiological responses (as explained in the Chinese Emotions & Organs). This forms enables you to assess, learn and nurture all relationships within life, past and previous, through paradigm shifts, different love languages and analysis of interrupted bonds.

The gut houses 75% of the immune system (essential for recovery from training as well as illness), produces 66% of the bodies neurotransmitters (chemical brain messengers) and provides the ability to convert food into nutrients. It separates the outside world from our insides with an intestinal barrier only one cell thick and is often compromised from unhealthy food choices, high stress and modern-day living.

Blood sugar causes the release of insulin, the bodies storage hormone. When sensitive, this hormone can support satiety, anabolism and nutrient partitioning. When imbalanced and resistant, this hormone increases the biological rate of ageing, inflammation, increases risks for cardiometabolic diseases (such as stroke or heart attacks) along with decreasing the efficiency of fat loss.

Stress is an ambiguous term which encompasses anything that challenges the homeostasis of the body - this doesn’t just mean psycho-emotional stress but also physical, physiological, dietary and lifestyle stressors. Within this form, you will run through 50+ different stressors to first understand what is burdening your body. Secondly, you will profile your internal stress response to gauge if you are hyper or hypo functioning in response to such stressors.

Simply put, as a whole, we sleep incorrectly. Sleep is one of the most basic yet undervalued elements in daily life. Sleep can be disrupted from artificial light exposure, stimulants, poor lifestyle patterns and minimal sleep preparation. It is essential for recovery on every level, along with stimulating the glymphatic system (the brains detoxification system essential for mitigating against neurodegeneration such as Alzheimer’s). Improve the quality of your sleep from poor to great, and you can almost guarantee that all health complaints will start to improve.

The thyroid sets the metabolic pace of the body. This refers to the ability to convert food into energy, production of hair, growth, motility and digestion. The thyroid is one of the most environmentally influenced organs due to it’s sensitivity to heavy metals and dependence of certain key nutrients such as selenium and zinc.

Anytime there is redness or swelling accompanying pain, stiffness or itching, we need to consider inflammation as the cause. However, sometimes inflammation happens deep within the body and there will be no obvious symptoms on the surface. Inflammation is often short-lived and will go away once your body has dealt with the cause, but in some cases it lingers on, causing what is known as chronic inflammation. This includes conditions such as arthritis, inflammatory bowel disease and many autoimmune disorders. Chronic inflammation has been also linked to a number of different long-term health problems including heart disease, diabetes, Alzheimer's and some forms of cancer.

The lymphatic system is a secondary circulatory network which relies of bodily movement for motility. It is widely known for its movement of toxins throughout the body. We are faced with a daily onslaught of foreign chemicals which are alien to the body, burdening the motility of the lymphatic system. Compiling to this, we produce an array of internal toxins from natural processes such as energy production or training, along with endotoxins released from pathogens. The lymphatic system also delivers hormones, fat-soluable nutrients and immune cells.

Oestrogen is the predominate female sex hormone, but this doesn’t mean that males don’t require it.It is an umbrella-term which often get misused, as there are 3 types of oestrogen which further get metabolised by various pathways. Generally speaking; an excess of oestrogen leads to increased body-fat distribution around the lower limbs, mood swings, increased susceptibility for poor gut health and PMS symptoms in females. When too little; libido can plummet, bones weaken and motivation drops. This form is designed to assess both ends of the spectrum by analysing your symptom profile.

Mould Exposure- Mold emits biotoxins which damage the body on a global response. Mycotoxicity does not only have to be from external factors such as living in damp buildings, it can also occur from consumption of mold contaminated foods such as coffee, rice, nuts, seeds, dates and cereals along with being produced from specific pathogens such as candida. It is notorious for chronic fatigue, apathy, brain fog along with unusual symptoms such as increased thirst, urination and static shock sensitivity.

Modern day living exposes us to various heavy metals through vaccines, dental fillings, food, water even through to the air we breath. Matters are amplified with the extensive half life ranging up to 30 years for mercury and cadmium.

Heavy Metals- Heavy metals accumulate deep within tissues of our bodies such as fat, bone or even brain making it hard to remove from the body. Heavy metals are infamous for their strong correlations to neuro-degeneration, cancers, autoimmune diseases and autism.  The phrase ‘mad as a hatter’ originated from mercury poisoning from mercurous nitrate which was used in curing felt.

EMF’s- Non-native electro-magnetic frequencies are frequencies emitted from electronics devices. We have an increase of 30 million times EMF exposure since 1995. Throughout scientific literature they have been found to lead to the following:

– Chromosome breaks and other changes in chromosome structure.

– Histological changes in the testes Birth abnormalities and miscarriages (in rodents).

– Breakdown of the blood-brain barrier.

One of the most vital functions of the liver is that it is responsible for storing blood. This means that it regulates the volume of blood in the body at all times, and this serves an important function during physical activity. The liver stores the blood when it is not being used by the body, but when we are active, the Liver send the blood to the muscles, nourishing and moistening them. This function also has an important influence on a person’s energy level. The liver sends the blood to specific parts of the body, nourishing the necessary tissues. If the liver is health, we will have energy to do our daily activities. If the liver is impaired however, the blood will not get to the parts of the body that need it and we will become easily tired.

The livers ability of storing blood also directly influences our ability to fight off pathogens. If the liver function is normal, the skin and muscles will be well nourished and the body will be able to fight off attacks by exterior pathogens.

The liver function of storing blood is also extremely important in gynaecology and specifically, menstruation. If the liver is functioning normally then periods will be normal. If the liver is deficient then periods will be late, irregular or absent. If the liver is in excess or has excess heat, there can be excessive bleeding and pain. The lover is very important in Women’s physiology and pathology. Many gynaecological problems are due to pathologies of the Liver. If there are gynaecological problems, the Lover will be involved. Because the liver governs the smooth flow of Qi, the bodies energies, stagnation of Liver Qi is a common diagnosis and manifests in the periods as painful periods, per-menstrual tension and clots.

Testosterone is the predominate male sex hormone, but this doesn’t mean that females don’t require it. It is often tarnished with a relatively incorrect labelling for aggression. This symptom is more so associated to elevated oestrogen or DHT, which can occur from elevated testosterone due to the bodies internal equilibrium.

The kidneys are essential for blood purification, the elimination of waste, along with assisting with the activation of vitamin D. 40% of dopamine is synthesised within the kidney tubules, this neurotransmitter is essential for drive and motivation.

The kidneys blood flow is higher than that of the brain, heart and liver (in an single hour it filters of 120 pints of blood, resulting in the entire blood of the human body being filtered 400 times in a single day).

Nearly 500 million people globally (nearly 10% of global adult population) suffer from some kind of kidney problem or damage. This leads or millions of premature death every year due to the development towards cardiovascular diseases.

Despite their sheer importance for living, they are often neglect and briefly discussed.